In my recent listening I have heard some fine and often edgy work by east coast saxophonists
Donny McCaslin, David Binney and Seamus Blake, to name just a few of the happening cats on this horn. While all definitely accomplished and unique in their approach to their instruments be it alto or tenor, they all have a sound that seems to have absorbed the feel of working in and living around New York. While I am not trying to pigeonhole any of their fine artistic work , there is at times a certain frenetic quality to their music that I believe is partially a result of the influence that the, kinetic hustle and bustle of New York has on their psyche. 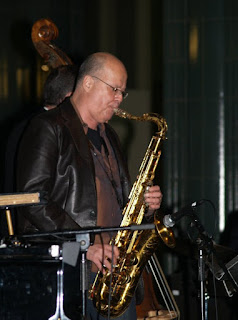 In reviewing albums from west coast based musicians I find a completely different sensibility. Recent reviews of works by west coast based guitarist Kevin Eubanks, bassist Chris Colangelo and now multi-reed player
Bob Sheppard have all been excellent musical offerings that somehow seem to take on a distinctively LA , almost cinematic, more restrained cool sort of sound. I suppose we are ultimately a product of our environment.

I have been following Bob Sheppard’s work for some time now. He is one of those players who when you are listening to him blow,  you find yourself having to get up and go to the liner notes and check out who it is you just heard. I am sure many of you have heard his work previously, touring with more mainstream artists like Steely Dan, Boz Scaggs or Joni Mitchell.  He is also a ubiquitous figure in the studio where he is a first call musician, known for his multi-instrument versatility. I first took notice of Bob's work on a wonderful album by the bassist David Finck titled “Future Day”

from 2008 in which he played on a couple of tracks. He was also impressive on bassist Chris Colangelo’s “ Elaine’s Song”.

With the release of his own
“Close Your Eyes”

we get to hear this mutli-instrumentalist playing some of his own music.

From the opening and title tune “Close Your Eyes”

we get an ostinato introduction on the B3 Hammond from Alan Pasqua. Sheppard states the melody on tenor in a definitive but sultry way, with his rich, lingering tone, as Pasqua and drummer Antonio Sanchez push through the changes. Shepp is carefully economical with his notes leaving enough space in between to punctuate his statements. 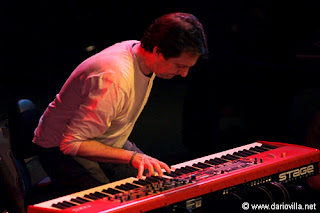 On the jagged intro to the Sheppard original  “Surface Tension”, guitarist Larry Koonse trades line for line with  Shepp's tenor in a taut display of precision. Sheppard’s lines here are a rare amalgam of blues and cool. He is completely controlled and spare, but always on target. Sanchez is stealthily present throughout the piece, but knows how to tailor his drums to the mood as he does in the closing last few measures.

The aching Gordon Jenkins ballad "Goodbye”, has Sheppard doubling on sultry saxophone and overdubbed on alto flute. This song has that cinematic quality that seems characteristic of much west coast based jazz, as you can almost visualize a poignant scene of heartbreaking goodbyes. Sheppard is a master of mood creation with his ability to play his armory of instruments so well . John Beasley’s lush piano accompaniment and Walter Rodriguez’s percussive accents just compliment the picture.

Another Sheppard original ,“Brain Fog”, matches Bob’s tenor on the front line with the trumpet of  Alex Sipiagen while Alan Pasqua’s plays the repeating theme. Sipiagen and Sheppard wind their way through the changes in unison, with the trumpeter alternating between open bell and Harmon mute. When Spigagen solos he is melodic and economical, sticking mostly to the lower registers of his horn. Sheppard starts off slowly, almost cherry picking his notes in a hop scotch progression before he allows himself to let loose. a bit. His playing  can at times seem almost too cool.  I sometimes wish he would permit himself to make a scene,to blow off unrestrained. to see where it leads him, but his impeccable taste and studio-honed efficiency is both an asset and perhaps a bit of a restraint.

On “Fast Company” Sheppard picks up the soprano saxophone and suddenly he transforms his playing from controlled cool to playfully free flowing, accentuated by his overdubbing with flute and piccolo. John Beasley’s piano is creative and exploratory while seemingly prodding Sheppard to let fly. When Beasley solos, he Sanchez and Bassist Noel actually get into a short groove that is quite invigorating. 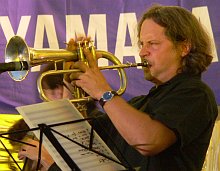 Kenny Barron’s “Phantoms” is another one of those cinematic pieces. Sheppard’s deep-throated tenor is perfect for the sentiment of this composition. Listen to the inspired playing between Gabe Noel’s bass lines and Sheppard’s Bass Clarinet, overdubbed on top of his tenor which is out front. Pasqua’s piano solo is particularly sensitive with an oblique approach that is unusual. Sheppard’s tenor takes on a distinctive Joe Henderson-like sound here with subtle implications that are felt more than played.


My favorite cut on the cd is ”Lightness” with its repeating descending line stated by Pasqua’s piano and some wonderful brushwork by Sanchez. Pasqua’s feathery touch is delicate and airy. Sheppard’s subdued  sound is breathy, taking on the whispery sound of a caressingly gentle breeze. 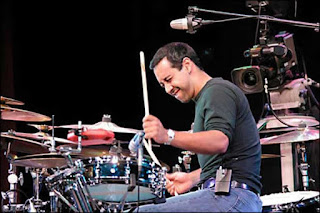 Sipiagen’s trumpet and Koonse’s guitar return on Joe Henderson’s “Gazelle” where they dance excitedly around the beat and where Sheppard plays some his more adventurous solos.

The final cut on the album is the slightly ponderous Jeff Collela’s “All in A Row” with Noel’s walking bass line and Pasqua’s fluttering piano solo.