Recorded Van Gelder Studios, Englewood Cliffs, NJ September 15, 2010
As far back as the sixth century BC, some type of metal horn has been used as means of signaling a warning, warning of the advent of an important event or as a clarion call for men at arms.
In the case of the trumpeter Jeremy Pelt and the musicians that make up his working quintet, J.D. Allen on tenor, Danny Grissett on piano,
Dwayne Burno on bass, and Gerald Cleaver on drums, it is a call to brotherhood. Together they prove that the modern day struggle to keep a working band together (these guys have been playing regularly together since 2007) can produce extraordinary results.

Following the successful release of the album
“ Men of Honor”

is a further testament to the special musical camaraderie that can be developed with patience, perseverance and the right mix of talent.

Most of the music on this fine cd are Pelt originals. The stirring opener, “Pandora’s Box”, with its serpentine dual horn lead line,is a splendid tip of the hat to many of the Blue Note albums of the past with a contemporary, vital sound. The lilting waltz-like “All My Thoughts Are of You” completely transforms the mood featuring Mr. Pelt’s sublime use of the Harmon mute and employing particularly sensitive solos by Mr. Allen on tenor and Mr. Grissett on piano. A romantic interlude. 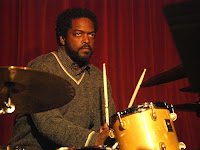 It is the pianist Anthony Wonsey’s “Paradise Lost” with its repeating theme and its relentless rhythmic core that imprints itself on your brain. Propelled by Mr. Cleaver’s steadfast and at times explosive drum work and Mr. Burno’s pulsing bass line, the tune is a terrific vehicle for some fine improvisation by Mr. Grissett and Mr. Allen.

“When the Time is Right” starts out with a gentle banter between Mr. Allen’s tenor and Mr. Pelt’s horn.
As Mr. Cleaver plays atop his ride cymbal, Mr. Pelt shows why he is one of the premier practitioners of his horn. He effortlessly negotiates the changes with a lyrical conviction and a subtle smoothness that is the epitome of cool confidence.
Mal Waldron’s “Pulse” provides another blueprint for this group to demonstrate its cohesiveness. From the opening it is clear these musicians know each other well. Mr. Allen plays a slow and deeply personal tenor solo that is subtly comped by Grissett, Burno and Cleaver. When it is Mr. Pelt’s turn to solo, the rhythm section seamlessly adapts to accommodate his  ruminative, exploratory solo. Mr. Cleaver provides powerful rolls and timely bombs on top of Mr. Grissett’s cascading keys, filling in the wide expanses left by Mr. Pelt as he builds more and more urgency into his solo.

Perhaps the prettiest song on the album is
“ In Love Again”. In the tradition of great balladeers like Chet Baker, Mr. Pelt saunters through the changes of this lushly romantic song in his most expressive voice. His tone is simply beautiful. Mr. Grissett plays the perfect foil as his accompanist, eventually taking his own brief but lyrical solo. Mr. Burno’s deep bass tones are deliciously present at just the right moments.
On the song “Only”, after the two-horn intro, Mr. Burno is featured on a swinging bass solo accompanied by Mr. Cleavers brushed cymbals. Mr. Pelt emerges out of the quietude of Burno’s bass solo with his clarion horn playing a swinging solo. Listen to his deft change in direction, his flawless execution and his impeccable sense of time; a master at the top of his game. 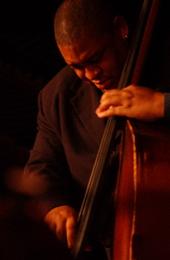 “David and Goliath” is the band’s swinging finale.
As the liner notes indicate, this group goes out each night and challenges themselves with this tune as a measure of their creativity and honesty. Each member is challenged to improvise simultaneously within the framework of the song without stepping on each other’s lines. This takes tremendous ears and a sharp intuitive understanding of your fellow players inclinations or it can lead to chaos, a task tantamount to David slaying the mighty Goliath.  With the release of “The Talented Mr. Pelt”

I think it is safe to say Goliath is nowhere to be found.