Abercrombie, Nussbaum & Versace Tear it Up at the Cole Auditorium 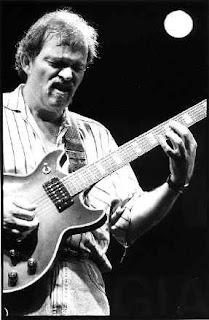 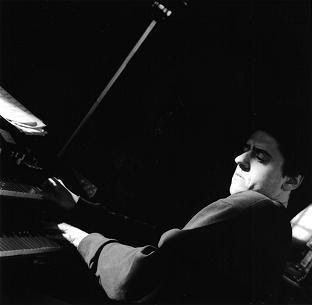 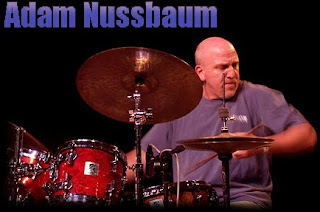 Autumn days in Connecticut are usually filled with the brilliant colors that embody a New England fall. Last Sunday, for those in attendance, the place for brilliant musical colors was the Cole auditorium at the Greenwich Library. Musical director David Waring, armed with a generous gift from patron Clementine Peterson, concluded his tasteful jazz series with a very special performance; a homecoming of sorts. Guitarist John Abercrombie and keyboardist Gary Versace, both Greenwich High graduates and drummer Adam Nussbaum, originally from Norwalk, brought their own special high-energy jazz to the comfortable confines of the Cole Auditorium.

As the musicians made their way to the stage it was obvious they were among friends and appreciative followers. The group seemed to be loosely led by Mr. Abercrombie, whose career spans nearly four decades of musical adventurism. Mr. Abercrombie was an original member of the groundbreaking jazz-rock super group Dreams, which included Michael and Randy Brecker, keyboardist Don Grolnick and the powerhouse drummer of Mahavishnu fame, Billy Cobham. Abercrombie’s breakout hit was the seminal fusion album Timeless

from 1975 which he did with keyboard wizard Jan Hammer and drummer extraordinaire Jack De Johnette. Since then he has continued to explore his own impressionistic style of music in many varied formats. 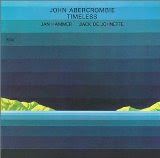 Mr. Nussbaum’s biography includes stints with the iconic tenorman Sonny Rollins and the saxophonists Dave Liebman and Michael Brecker . He was an important part of the John Scofield Trio, a progressive group with the guitarist John Scofield and the bassist Steve Swallow.


Mr. Versace is the youngster in this powerful triumvirate. Mr. Versace is a keyboard player who has made an indelible mark predominantly as an accompanist on organ and accordion. His has been named up and coming artist on the organ for the last three years in the Downbeat readers poll. I was particularly impressed with his work on the recent Loren Stillman album
“ Winter Fruits”. 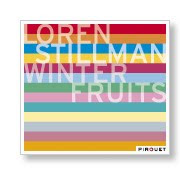 The trio started the set with the standard “How Deep is the Ocean” which was played at a sauntering tempo, with Mr. Nussbaum starting out ever so lightly on brushes. Mr. Abercrombie plays his solid body guitar through series of electronic devices including a modulating volume pedal that he deftly uses to increase or sustain his thumb-strummed notes. Mr. Versace (pronounced Ver Says) was playing a Nord electronic organ which he had connected to a vintage Leslie speaker. Mr. Nussbaum’s drum kit included 3 toms, 1 bass drum, a snare, a hi-hat and 3 cymbals. As the trio played through the familiar changes of the song , increasing tempo and intensity, it was predominantly Mr. Abercrombie and Mr. Versace trading musical ideas as Mr. Nussbaum prodded them in suggestive directions.

On “Sad Song” from Mr. Abercrombies’s recent album “Wait Till You See Her” the audience was treated to the sensitive, impressionistic side of this artist. Mr. Versace and Mr. Abercrombie were particularly sympathetic in their communication of the melancholy spirit of this music. Mr. Nussbaum, who can be a tremendously muscular drummer, showed he is also capable of nuance with his deft use of padded mallets and shimmering cymbals work. 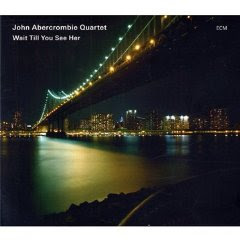 The trio performed several other pieces including “Retractable Cell” and a medley that featured Adam Nussbaum’s ‘We Three” and Ornette Coleman’s “Round Trip”. Mr. Versace weaved his solos with cascades of notes that darted deftly between Mr. Abercrombie’s atmospheric guitar. The young organist was pushed along by the ever-changing time signatures instigated by the playful Mr. Nussbaum, but more than held his own and had fun doing so. 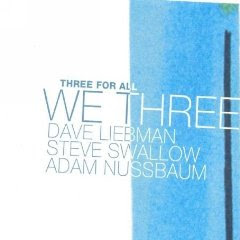 The highlight of the performance was Mr. Abercrombie’s “Ralph’s Piano Waltz” from the guitarists watershed release “Timeless”. The driving nature of the song was the perfect vehicle for Nussbaum’s brand of power driven drumming. Mr. Versace ‘s electronic keyboard took on a rock fusion sensibility with a flurry of notes that showed influences reminiscent of my days of listening to Keith Emerson or Rick Wakeman. Mr.. Abercrombie was particularly animated as he took on a distinctively blues tinged solo that demonstrated that he could still shred with the best of them. Together the trio breathed life into Abercrombie’s composition to the delight of the audience many of who were apparently musicians.

In talking to Mr.Versace after the performance it was clear that Mr. Abercrombie has influenced a whole generation of younger musicians as a leader, a teacher and a composer. They see his impressionistic art as one worthy of emulation and continued expansion.
Posted by Ralph A. Miriello at 4:04 PM