The Jazz Journalist Association has just posted the results of the first round of voting for their upcoming  prestigious Jazz Journalists Awards. The awards are voted for each year  by the members of the JJA. The awards encompass various categories in jazz music, including awards citing excellence on various instruments, vocalists, big bands, small ensemble groups, composers, writers, photographers and a video-grapher/filmmaker category. Here is a link to view this year's final nominees.
http://www.jjajazzawards.org/p/2011-nominees.html
Posted by Ralph A. Miriello at 3:28 PM No comments: 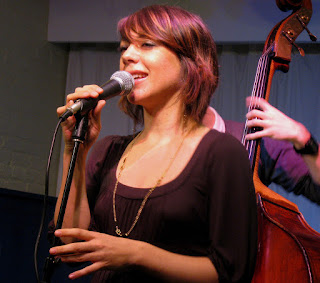 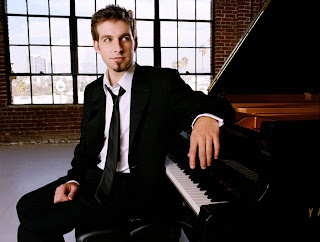 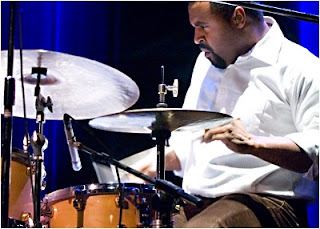 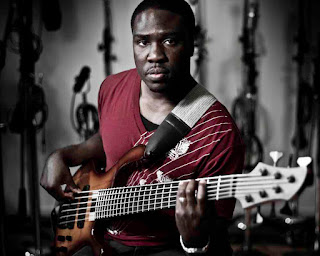 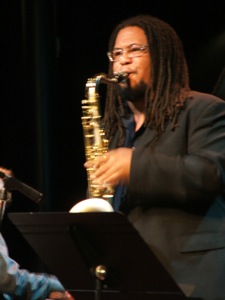 
My  review for the Huffington Post of "Eric Clapton & Wynton Marsalis Play the Blues" at the Rose Theater in NYC April 8, 2011
http://www.huffingtonpost.com/ralph-a-miriello/wynton-marsalis-and-eric-_1_b_847182.html
Posted by Ralph A. Miriello at 7:50 AM No comments:

An Exciting Voice of Passion on Saxophone: Chase Baird’s “Crosscurrent” 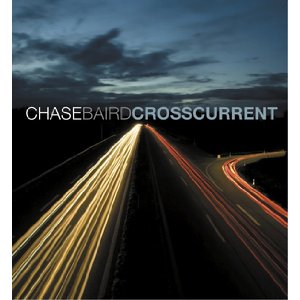 Once in a while a young firebrand comes on the scene, without much fanfare, but with a distinctive voice that just grabs you and won’t let go. One such voice is that of the young tenor saxophonist
Chase Baird.
Clearly a far better judge than I, heard the same thing. A young Baird once sent a tape to the late, great
Michael Brecker and was pleasantly rewarded with a call of encouragement from the saxophonist. 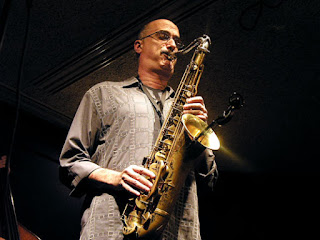 Recorded at the age of twenty-two, Baird’s album “Crosscurrent”

is an exceptional debut and a signpost of what we can expect from this fine player.
From the opening salvo, Baird’s rapidly punctuated tenor lines on his “Fifth Direction” sears with an intensity that pours from this man’s horn. He is ably backed by the driving rhythm section of Chris Tordini on bass, Steve Lyman on drums and long time associate Julian Pollack on piano.
The title tune “Crosscurrent” is a beautifully conceived, aural representation of swirling musical eddy currents. Baird negotiates his solo passages with fluidity, grace and above all passion. He is amalgam of his idol Michael Brecker’s angular phrasing and proficiency, combined with the unbridled sensuality of a Gato Barbieri. 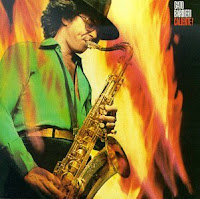 His compositions have complex lines with catchy, expressive bridges. On “Infinite Motion” he shows he can play a waterfall of notes, all nicely connected to form a coherent theme. Guitarist John Storie adds a solo that climbs and descends along a particularly effective course. Pianist Pollock is omnipresent as a stabilizing force and a worthy foil for Baird.

“What’s New” is one of two standards Baird tackles on the album. With an eerie guitar and piano intro by Storie and Pollack, Baird creates an evocative take on the old standard that is sure to please. Pollock is particularly lyrical as his solo is explores the essence of the tune. Storie’s chime-like guitar work at the coda is impressive.
Perhaps the most stirring song on the album is the
siren sounding “Lunessence”. Storie and Baird blend with beautiful simpatico in both tone and emotion. Tordini’s bass solo is a delight and Yoshzawa’s percussive accents are a welcome addition to the overall sound. Baird plays piercingly with controlled abandon, and its good to hear someone let loose like this. 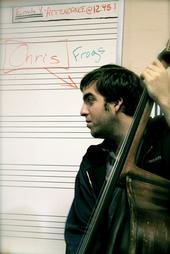 “The Traveler” is a seductively captivating tune. Baird’s talent lies in his ability to go from a quiet, deliberate tone-where he plays in between the lines of his fellow musicians- to a more urgent sound, as he builds himself into volcanic expressiveness. Storie’s guitar work is probing and harmonically interesting. Steve Lyman’s drum solo at the end is propulsive.

“Cascade” with its mildly Celtic rhythms features a Pollack synthesizer solo that could have been from pilfered from Keith Emerson’s old playbook.
“Dusk” is thoughtful Baird ballad that shows the young tenor man has a tender side. Pollock can play with great sensitivity when given some quiet time to be expressive. The pianist utilizes space quite effectively, letting his solos breathe and grow organically. Baird’s clarion tenor brims with raw emotion and Storie is particularly adept at finding the right chords and notes to play to compliment the entire arrangement. 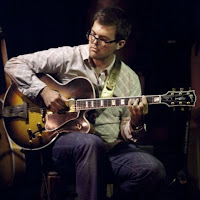 The last song on the cd is the Cole Porter standard
“All of You” which is played pretty straight ahead,  with few surprises.
An auspicious first outing for Baird and company, “Crosscurrent” is a harbinger of what is to come from this emerging young talent.