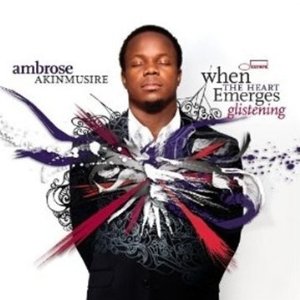 Last July 4th I decided to assemble a list of some notable musicians, arrangers, impresarios and singers in the world of jazz  who had passed their seventieth birthday. Many are thankfully still with us, enabling us to formally acknowledge and take a moment to revel in their past accomplishments.
A  number  were still actively engaged, robustly performing in their own current endeavors. Music is a rejuvenating tonic, so it is not surprising to see several of these stalwarts going strong well into their nineties, still capable of producing some special moments of magic. As a follow-up to last year’s list, My hope is to make this an annual celebration. An informal honor roll posted on my blog www.notesonjazz.blogspot.com., acknowledging these artists and their contributions to the music; a listing of their names and ages, categorized under their respective instruments or specialty.
This past year,  I was personally fortunate enough to have witnessed some fine performances by some greats of this music. Ninety-Year old pianist Dave Brubeck playing at the Tarrytown Music Hall, just months after undergoing heart surgery, showed he could still produce some memorable moments. Octogenarians Bucky Pizzarelli and Jim Hall mesmerized the audience at the Guitar Heroes exhibit at the Metropolitan Museum in New York City, as part of a series that honored the great Italian American guitar luthiers of the past.  The 2011 Jazz Journalist Association Awards in New York City, featured eighty-five year young piano legend Randy Weston entertaining the astute crowd of fellow musicians and writers with his own special approach to the instrument. The irascible conguero Candido Camero, who turned ninety years old this year, created a stir  at  JJA gathering as he played his congas with his infectious smile and the enthusiasm of someone half his age. The JJA, at its annual awards, has consistently bestowed honors to the veteran players who have stood the test of time, sometimes to the chagrin of some younger deserving players. But just as new shoots take root in the fertile soil left by the earlier generation, the younger players are standing on the shoulders of those who came before them, and will soon enough have their turn. We are all well served to acknowledge those who paved the way, and it is my hope that we honor these dedicated artists while they are still with us and able to bask in the deserved glory.
This year tenor titan Sonny Rollins, who is eighty, was named tenor saxophonist and musician of the year at the JJA awards ceremony. Another venerable tenor saxophonist, Jimmy Heath, eighty-four, garnered the JJA’s lifetime achievement award for his body of fine work.
The accomplished arranger Bill Holman, another vibrant octogenarian, received the honors for best arranger of the year.

Despite our joy for those still with us, we continue to lose some of the great heroes and pioneers of this music. A partial list of those we lost last year includes; the rock/fusion keyboardist T. Lavitz who passed at the young age of 54. The Poet/Singer Gil Scott Heron was recently lost at the age of 62. The violinist Billy Bang, who posthumously took the best violinist in jazz award at this year’s JJA ceremony, was only 64. Jazz/Funk guitarist Cornell Dupree was 68. Pianist Ray Bryant  and Soul/jazz organist/singer Trudy Pitts were both 79.  Jazz vocalist Abbey Lincoln died at the age of 80. The great “Take Five” drummer from the Dave Brubeck band, Joe Morello was lost at the age of 82. The trumpeter/composer Bill Dixon was 84 and the expressive saxophone voice of James Moody who passed at  85 will be sorely missed. The well known pianist and educator Dr. Billy Taylor sadly left us at the age of 89. We also lost the seminal English pianist Sir George Shearing and the trombone sound of Buddy Morrow both were 91. Finally trumpet player Eugene “Snooky” Young left us at the ripe old age of 92. I am sure there were more that I missed.

Despite these tragic losses, jazz has proven time and again that it is a durable art form, a resilient performance art that is beyond categorization.  As I have stated previously Jazz is an art form that has become the most internationally cooperative means of communication in the world today.   I truly believe this. On this fourth of July let our passion continue this yearly celebration of these communicators, those who have been and continue to be so instrumental in bringing us this music we love so much.

Many of the jazz legends continue to actively perform, teach and sustain the art through their tireless pursuit of making music and carrying on the tradition. Jazz is a living organism that is constantly evolving. It is arguably the only true indigenous American art form and as such it needs to be nurtured and supported by our active participation, especially in these austere economic times when public funding for the arts is being perilously withdrawn.The best way we can honor them is to continue to support the music by experiencing their “live” performances.  Some currently touring or performing artists include Chick Corea, Herbie Hancock, Wayne Shorter, Dave Brubeck, Sonny Rollins, Randy Weston, Ramsey Lewis, Gerald Wilson, Phil Woods, McCoy Tyner, Gary Bartz, Lew Tabakin, Bunk Green, Charles Lloyd, Gato Barbieri, Lee Konitz, Gary Peacock , Archie Shepp and Richard Davis to name just a few.

Here is my expanded list of veteran players, all at least seventy years of age, who in some way helped shape the music. I am sure I am missing some important players and my apologies for any inadvertent omissions.  I welcome comments from readers who may know of deserving musicians who I should add to this list so that it can be more complete next year. A great big thank you to each and every one of this years celebrants.

This article is also posted on the Huffington Post at
http://www.huffingtonpost.com/ralph-a-miriello/living-jazz-legends_b_889397.html
Posted by Ralph A. Miriello at 3:04 AM No comments: