Review of The Dave Liebman Big Band :  “As Always”

Taking a big band on the road is an awesome undertaking, both financially and logistically. The days of the working big band ensembles, like the Ellington, Basie, Kenton and Herman orchestras, have long since become economically unviable. Once in a while, someone will attempt to assemble a group of talented musicians to do a limited engagement tour. These engagements, for those of us who love the powerful sound and expanded palette that a really fine big band can bring to the music, are rare opportunities to be savored. They provide a glimpse into an era when these wonderful large ensemble groups ruled. 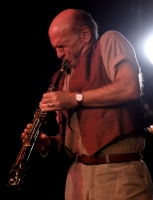 Saxophonist Dave Liebman has long been associated with the progressive music of the post Coltrane era. He was a member of the progressive rock group
"Ten Wheel Drive” before landing a pivotal position with Coltrane drummer, Elvin Jones, in his early seventies group. Later, Miles Davis took notice and hired Liebman from 1970 through 1974. Liebman later formed the progressive group “Lookout Farm” with pianist Richie Beirach. Dave has one of the most emotive voices in jazz on the soprano saxophone.
Now at sixty four, after four decades of mastering his art, comes a “live” album of Liebman's music and featuring the saxophonist as the star soloist.

Arranger Andrew Rathburn, starts with a piece that Liebman calls a “very basic composition”, the ebullient “Brite Piece”  This was one of the his earliest compositions, first recorded in 1972 on Elvin Jones “Merry Go Round”

album. I have always been fond of this jaunty and joyful piece from the original album, which featured Liebman and fellow saxophonists Joe Farrell and Steve Grossman. For those who haven’t heard this it is definitely worth a listen.

On this “live” version, a fairytale like introduction, skillfully arranged by Andrew Rathburn, leads into the catchy vamp and Liebman’s dancing soprano. About a third way into the song, Liebman takes flight in a most expansive way. He emotes voice-like cries, as the band pulses behind him in a powerful performance.
“As Always” is from his days with the pianist Richie Beirach and their group “Quest”. The pensive waltz is well suited to the expansive arrangement that Pete McGuiness's deft use of the multiple horn format allows. Vic Juris’s guitar work is notable for the subtle contributions he adds throughout. 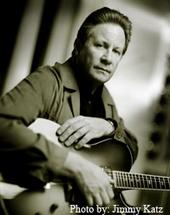 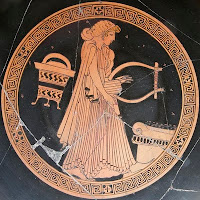 On “Anubis”, arranged by Scott Reeves, the combination of Liebman's  haunting wooden flute and Charles Pillow’s snake charming oboe,evoke the sounds of the Middle East. Juris is able to adjust his guitar sound to almost simulate an ancient Egyptian kithara, the ancestor of the modern guitar.  Jim Ridl’s synthesizer is appropriately exotic before we return to the wails of Liebman’s eerie wooden flute and a nice alto-flugelhorn solo by Reeves.
The contemporary sounding and seriously swinging  “New Breed” ,is another composition that found its genesis during Liebman’s Elvin Jones’ days. The bassist Tony Marino offers a strong intro while Ridl  heats up on piano over drummer Marcinko’s swing, then Liebman soars on soprano. Arranger Reeves, directs his strong reed and brass section into a taught, but sinewy swing throughout. The multiple soprano saxophones give the band an unusual, higher pitched sound and Reeves uses it well. Liebman is at his most freewheeling here and the band responds accordingly.

By Dave’s own admission “Phillipe Under the Green Bridge” is one of his more chromatic compositions. Here the interplay between Liebman’s soprano and Pillow’s oboe is like a dance between mythical fairies. Arranger Mossblad's sensibilities are well suited to portray the brooding classical sense of this composition. Liebman winds his way through a circuitous course as his rhythm section keeps time and the horn section builds tension with ever-increasing urgency.

The final tune is titled “Turn it Around” and is arranged by Guri Agmon. Leading off with a rolling tom solo by Marko Marcinko, this composition features some nice synchronous playing between Liebman’s   soprano and Juris’ electric guitar with a decidedly Mahavishnu flavor finding its way into the mix. Liebman pours out his best rapid-fire soprano solo of the set as the band pulses behind him. Juris adds some bluesy riffs for good measure before they take it to the coda.

While nothing can replace witnessing  the power, excitement and precision generated by a really good big band first hand, The Dave Liebman Big Band “live” performances on “As Always” is as close as you can get to actually being there.