A Thoughtful Tenor Emerges : Noah Preminger's "Before the Rain"

Review of Noah Preminger’s
“Before the Rain” 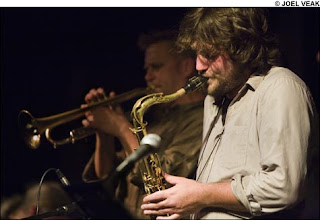 Starting with a broodingly moody version of the Rodgers and Hart ballad “Where or When”, Preminger sparingly chooses his notes, using a husky sound that breathes aching emotion into the song
.

He next tackles Frank Kimbrough’s quirky, Monk-like “Quickening” , a wonderful song which I first heard on the pianist’s fine solo album “Air”

from 2007. Preminger is wise enough to again play sparingly, concentrating on his tonality , relying instead on the fine ensemble playing of his fellow band mates, with special attention to the colorful interplay between Matt  Wilson on drums and John Herbert’s fine pizzicato bass. Kimbrough is of course completely at home on this song during his wandering piano solo, but he too is complimented nicely by Wilson’s meanderings. 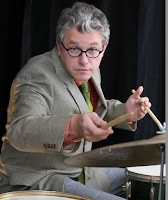 On title track “ Before the Rain”, John Herbert treats us to some hauntingly beautiful bass lines. Matt Wilson’s deft use of traps and Frank Kimbrough’s sensitive comping creates the perfect atmosphere for Preminger’s restrained tenor solo on this pensive piece. Kimbrough’s piano solo is delicate and sensitive.
What comes across most loud and clear on this album is this young musician’s sensitivity and humility. He allows his fellow musicians’ the space to create a sense of dynamism within his music. “Abreaction” is a perfect case in point.

Perhaps Preminger’s most compelling performance on the album is his low-keyed, confident play on
“Until the Real Thing Comes Along”, which
he plays like a journeyman who has deconstructed and reconstructed this tune a hundred times on various road trips. Languishing on notes, he knows how to get the most out of very little.
Matt Wilson seems in his element with the Ornette Coleman tune 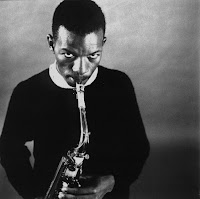 “Toy Dance”. Preminger has absorbed the history and takes his own approach to this free spirited music.
“November” is another Kimbrough tune and well suited to Preminger’s pensively exploratory approach. The economy of his style is a rare characteristic for such a young player and certainly demonstrates a quiet confidence in his own ability to communicate without fanfare. Here less equates to more, and Wilson, Herbert and Kimbrough are the perfect foils to his brooding play. They fill the voids brilliantly without ever stealing the limelight. Herbert’s fluttering bow work at the end makes the point perfectly. 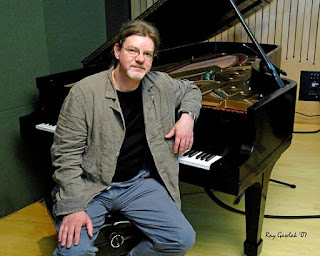 The final tune is Preminger’s “Jamie” another slow tempo ballad that he plays with an almost pained tone.
The effort to concentrate on ballads is laudable, although at times the brooding nature of the play can seem borderline self-indulgent, but Preminger is a fine young player who has challenged himself and has generally succeeded with this effort. It will be rewarding to watch him grow.The interplay between him and his intuitive rhythm section is exceptional and well worth the price of admission.