Dolphy Lives: Review of Empirical's "Out 'n' In"

Eric Dolphy was a groundbreaking musician who tragically died in 1964 of a misdiagnosed diabetic episode, while on tour in Europe. Dolphy was only with us for a relatively short time ( he died at age 36), but left a lasting legacy with his influential work on seminal albums like Live at the Village Vanguard

with Ornette Coleman and The Blues and the Abstract Truth 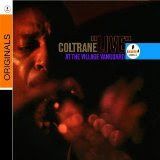 Combining an assiduous attention to the Dolphy aesthetic with the masterful execution of their ensemble play, Empirical renews appreciation for Dolphy’s music. Composing six new songs and a few interludes for this effort they not only carry on his tradition they prove that his influence continues to provide new avenues of worthy musical explorations.
Despite being known as a free jazz advocate, Dolphy’s music was more structured than most free jazz. Ever the raconteur, Dolphy used his mastery of the conversational sounds he vividly created from the alto, flute and most unusually in jazz the bass clarinet to tell his stories. 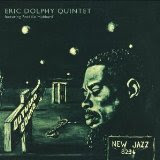 On the opening composition “Out But In”, written by bassist Tom Farmer, a loose alto and vibes opening line by Facey and Lewis set the tune in motion. The quick paced dialogue quickly morphs from alto and vibes soon moving to vibes and bass and onto bass and drums, with some room left for individual expression along the way. It is this conversational approach to ensemble playing that earmarks Dolphy’s approach to music.

On Dolphy’s “Hat and Beard”, a dedication to Theolonius Monk, 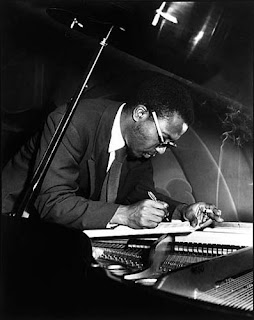 the bass clarinet of Julian Siegel adds another tonal color to this whimsical image- inspiring music. The tubular sounding vibes of Lewis creates a nice contrast with Siegal’s woody low register sound. The marching fairytale-like entrance mimics a casual procession leading the listener through a magical forest. Eventually the music takes you to a clearing in the woods where Siegal, Facey and later Lewis all have a chance to express themselves in raucous conversation that includes sighs, bellows and screeches in what could be easily be seen as a scene stolen from the Mad Hatter’s Tea Party.

“So He Left” a Facey composition, features Farmer’s bass. Inspired by Dolphy’s time with bassist 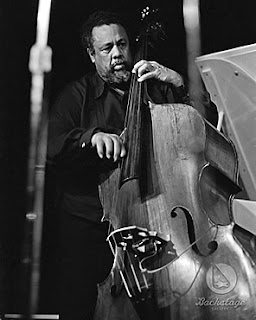 Charles Mingus, it is mildly reminiscent of some of the Mingus big band work. Facey’s alto is strong, biting and conversational.

On the pensive “Bitter End To A Gentle Giant” Siegal and Facey combine to create a melancholic, lumbering introduction. The beautifully played two horn parts are so well matched that they combine to create a natural resonance that is enhanced by Lewis’s gentle touch on the vibes. This song is a dedication memorializing Dolphy’s untimely passing and as such is a masterfully sensitive musical benediction to their fallen hero.

“Dolphyus Morphyus” is a fine homage to Dolphy’s use of harmonic symmetry. A jagged intro includes some microtonal work by Siegal on bass clarinet and an abstract alto solo by Facey. Lewis build’s a repetitive vibe line as Farmer and Forbes maintain the basis for Siegal, Forbes and Facey to each take turns interpreting the musical direction. They create a complex combination of harmonies that in some fractured way seem to work together creating an unusual piece of music. Siegal’s bass clarinet solo played over the changing rhythmic vibe just before the coda is a delight.

“Gazzelloni”, the second Dolphy composition on the album, was originally recorded as a tribute to his renowned flute teacher Severino Gazzelloni on Out to Lunch

and the boys play it faithfully.

“Bowden Out”, another Farmer composition, is perhaps my favorite song on the album. Utilizing many of Dolphy’s techniques but making it all their own Empirical creates a new, evocative musical statement. With a repeating synchronous horn line to establish it’s eerie mood, Wright’s tubular sound lingers in the air hanging like gossamer covering slightly obscuring the scene. Facey languishes on his alto, rising poetically as Siegal’s relentlessly bellowing bass clarinet lays a haunting rhythm. Wright’s vibes and Forbes cymbals pulse the movement to a beautifully fading coda.

It is satisfying to see that the rich musical legacy of Eric Dolphy lives on through the efforts of appreciative apostles like the talented musicians of the group Empirical.