Guitarist Paulo Morello and saxophonist Kim Barth , both residents of Germany, decided to visit Brazil in 2001 to absorb the music of Brazil first hand. They did so in a way that allowed them more than a passing visitor’s perspective. They embedded themselves into the real life sounds and rhythms of Rio. They befriended local Carioca musicians and absorbed the MPB (Musica Popular Braslieira or post bossa nova , urban music of Brazil) scene, jamming with locals while living a few houses from the former home of Brazilian legend Antonio Carlos Jobim. Breathing in the sights and pulse that at one time influenced the master, their goal was to seamlessly meld authentic Brazilian bossa rhythm’s with jazz improvisation. By all accounts they exceeded all expectations. The two accomplished musicians were able to produce a remarkably entertaining album of fourteen songs, a mix of samba, ballads, disco-carnaval and  bossa with some bop thrown in for good measure. 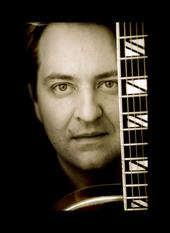 Barth’s saxophone is sonorous and clean and his flute is lithe and ebullient. Morello is adept at a variety of styles from traditional Brazilian acoustic, ala Baden Powell to more jazz-like creations with octave playing in the Wes Montgomery vein.
The quixotic "Pe Quebrado" with the sprite pifano flute playing of Jorge Continentino is magical and one of my favorite songs on this album.
The two pulled off an additional coupe of sorts by getting Brazilian vocal legends Johnny Alf and Alaide Costa to lend their authenticity to
“O Que e Amar” and “Chora Tua Tristeza”. Johnny’s moving vocal on his own “Fim De Semma Em Eldorado” transports you swaying to sun drenched Rio.It is especially poignant to hear Johnny sing on this album, as the eighty year old passed away just this past March. Adaide’s quivering vocal on Jobim’s “Outra Vez” is the epitome of Carioca music at its best. Barth’s flute rings true throughout. 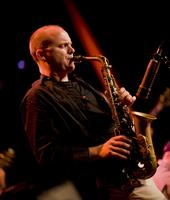