Suspend Some Time and Take a Trip Through Julian Lage's “Gladwell” 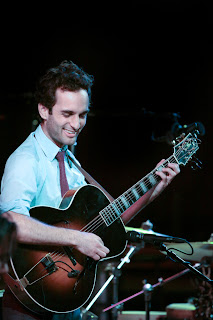 . In this town all the instrumental voices are aural representations of the unique residents of this metaphorically magical place.
Using this town as his canvas, Lage creates a musical vignette that captures the sights, sounds and feel of this wholly imaginary place- a compilation of sorts that is made up of people, musical influences and experiences that he and his fellow musicians hold dear.
From the decidedly western sounding “233 Butler” which Lage impeccably plucks on a 1934  guitar built by R.A. Mango, the album has a rooted  Americana feel. A layered percussion solo by Tupac Mantilla is laced with voice overs, sighing cello and an array of unidentifiable percussive elements.
“Margaret” is a particularly evocative ballad that Lage wrote for friend and fellow Berklee guitarist/composer Margaret Glaspy. Lage employs tenor lines by Dan Blake and cello accompaniment by Aristides Rivas to create this compelling piece of music that somehow has undertones suggestive of  Pat Metheny and Charlie Haden’s “Beyond the Missouri Sky”

Lage includes three improvised guitar pieces in the album, which he plays on a vintage 1926 Martin
00-28. On the first “ Point the Way” Lage over dubs three parts into an interesting quilt of sounds that he codifies in a brief two minute twelve seconds. The second piece, “Cathedral” ,is the equally short but delicate chamber piece that employs the unique resonance of the vintage Martin guitar. The final improvised/ overdubbed guitar piece is
“Listen Darkly” which is the most frenetic of the three.
“However” is written by saxophonist Dan Blake and has a distinctively a rhythmic drive created by Mantilla’s effective use of drums and shimmering cymbals. Lage has a distinctive sound that lies somewhere between Metheny and Frisell without being too much like either of them.
The classic “Freight Train” is played in a un-garnished, straight ahead almost reverential way, with Lage’s virtuosity and passion shinning delightfully through.
On “Listening Walk” we find Mantilla, Roeder and Lage create the bustle of a crowded train station. Lage uses a finger picked ostinato that sets the stage for Blake and Rivas to introduce the backing melody line, that simulates the loudspeaker announcements at the imaginary Gladwell’s train station. Mantilla and Lage have a great affinity as the two play off each other like two familiar friends walking through their imaginary town. 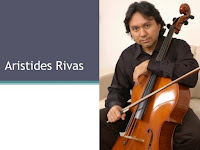 “Cocoon” is a gossamer tune that is laden with both melancholy and timelessness. Aurally it depicts the sacred place, the sanctuary that all destinations like Gladwell invariably have.
The seminal standard “Autumn Leaves” was reportedly played by Lage in a living room-like environment created in the studio. Here he played for the exclusive enjoyment of his band mates who were all seated in a half circle on the floor around him. It is a rare glimpse of the fine guitarist playing solo for the enjoyment and under the direct scrutiny of his fellow musicians.
“Iowa Taken” is another fine example of the precise interplay that Mantilla, bassist Jorge Roeder and Lage have developed. Roeder provides some interesting and fluid bass lines during his solo. There is a fascinating draw to Lage’s creative process of building his musical vignettes, employing changes in direction, time and alternating between repeating lines and dancing single line adventures.
The final piece on the album is “Telegram” which, according to the liner notes, borrows from the tune
“Red Prairie Dawn” and is a jaunting, joyful down home piece of Americana in the finest tradition. Lage picks his way on a vintage 1932 Gibson L-5 here and saxophonist Dan Blake soars on this one.
Julian Lage and company have astutely orchestrated this entertaining travelogue through his imaginary Gladwell and it is a trip worthy of multiple visits.