A Fitting Tribute to an Adopted Son: Stamford's Farewell Concert to Ralph MacDonald 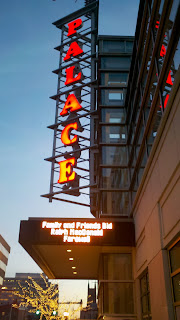 This past Monday evening, appropriately on the anniversary of Martin Luther King's birthday, I was fortunate enough to attend a very special farewell event. The occasion could have easily been the marking of a tragedy, as it was a gathering to memorialize the recent passing of  Ralph MacDonald, the percussionist/songwriter/producer who recently succumbed to lung cancer on December 17, 2011 at the early age of sixty-seven. Instead it was a celebration of the man's life and accomplishments, a gathering of family, friends and admirers who had one last chance to acknowledge, to remember and to celebrate.

Ralph MacDonald was born in Harlem, NY  in 1945 of Trinidadian or "Trini" descent. Music was a tradition in the MacDonald family with Ralph's father a well known performer of calypso music playing under the stage name of  "Macbeth the Great" and the Creole Rhythm Boys, and his uncle Urias Fritz being an early influence on congas. MacDonald's first musical break came standing in for a friend on steel drums in Harry Belafonte's band in 1962 where he eventually demonstrated his writing skills on Belafonte's well received Calypso Carnival album in 1966.

Having unwavering confidence in his own abilities, Ralph and fellow Belafonte alumni bassist William Salter, started their own  production company where MacDonald would go on to write the R & B classic
"Where is the Love", made famous by Roberta Flack and Donny Hathaway in 1972. He would never look back. The "ghost behind the music" , as he came to be known, continued to pen memorable songs including Grover Washington Jr's "Mister Magic", "Winelight" and the first of his Grammy awards  for "Just the Two of Us," which he and Salter co-wrote with the singer Bill Withers. He would go on to win two more Grammy awards both  for "Calypso Breakdown" which was included in the soundtrack to the Bee Gees platinum album Saturday Night Fever. In addition to a prolific career as a producer and songwriter, MacDonald considered himself  foremost a musician. He contributed to countless albums in genres ranging from jazz and soul to pop and calypso. He spent twenty-six years touring as a member of  Jimmy Buffet's Coral Reefers band.

The evening was a gala event at Stamford's resplendent Palace theater.  Music was MacDonald's life and even though there were poignant moments of recollection by family members and friends, humorous stories and an audience affirmation of MacDonald's favorite expletive the real celebration was the man's music.

Music started emanating from the upper reception area even before the main stage was open to the audience, as the arriving guests were entertained by the sounds of the Ebony Hillbillies. This fiddle based group featured a intriguing mix of bluegrass, rockabilly, jazz, blues and Celtic tunes. The ensemble featured banjo, fiddle, washboard, spoons, vocals and some slithery dancing that made everyone tap their feet and bob their heads.It was most appropriate as MacDonald's long time friend and co-writer William Salter is a member of the band and was playing upright bass on this momentous evening.

Mr. MacDonald's beautiful daughter Nefra was a key speaker and Mayor Michael Pavia presented the family with a proclamation from the City of Stamford where MacDonald has resided for over thirty years. Musically the show commenced with a talented local marching band that played a rousing version of  the traditional calypso song "All Day All Night Marrianne," made famous by Harry Belafonte.. The band finished with
another island favorite "Don't Stop the Carinval". A quartet of conga and drum players that included steel pan  virtuoso Robert Greenidge, then demonstrated the various rhythmic possibilities of various hand drums that are so vital to the music of MacDonald's Caribbean roots.

The stage was set for Jimmy Buffett and his Coral Reefer Band. Mr.Buffett, a pop icon in his own right, acknowledged his debt to Mr.MacDonald. Buffett made special note of how much MacDonald's album The Path had influenced him. Over a twenty-six year run on the road it was obvious that the two men shared a lifetime of experiences that bonded them permanently. Buffett sang "The King of Somewhere Hot,"  a song he co-wrote with  MacDonald, Salter and Robert Greenidge,  to an appreciative audience. Knowing there were many entertainers in the wings, the gracious Buffett closed  his brief set with another MacDonald/Salter/Buffett collaboration titled "Creola". 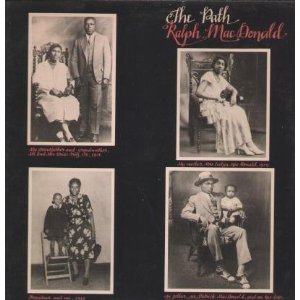 The next set featured a rare combination of steel pan and drum players that gathered here from many different island bands, all wanting to pay tribute to a fallen brother This nine piece band with  its' authentic West Indian sound  was joyful and evocative. You could almost feel the sun on your face, the sand between your toes and the frost melting onto your hand from the glass of your frozen umbrella drink.
.
The stage was then set for a large ensemble of professional musicians who worked with Ralph and wanted to celebrate his life and music on this special evening. Throughout the evening a beaming portrait of MacDonald loomed over center stage grinning  in silent approval. The band played beautiful instrumental renditions of some of MacDonald's songs like "Pots and Pans" from his Trippin' album. Featured solos by Robert Greenidge on pans,Onaje Alan Gumbs on electric piano, Chris Parker on drums and a bevy of musicians I couldn't recognize was a highlight. The audience enjoyed some soulful singing by Nadira Shakoor on " I Wanna Hold You Tonight" and Dennis Collins on "Just the Two of Us", both artists featured on MacDonald's album Just the Two of Us album from 1996. 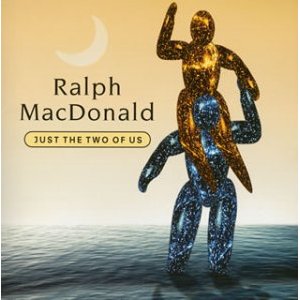 After a brief intermission the audience was introduced to the debut of Ralph's son Atiba who has branded himself as "We the People" and did a rap song dedicated to his father. Valerie Simpson, of Ashford and Simpson fame, sat at the piano and sang MacDonald's "Tradewinds"  in one of the most impressive vocal performances of the evening, garnering tumultuous applause from an appreciative audience. The evening wouldn't be complete without the grand dame of R&B Roberta Flack singing MacDonald's "Where is the Love," a song she made famous with the vocalist Donny Hathaway in 1972. Flack's voice was noticeably frail but she was joined in the classic duet by Dennis Collins who did all the heavy lifting in the song. The evening closed out with an instrumental bash that featured flutist Bobbi Humphrey fronting a group of talented musicians on  MacDonald's groovin' composition "Mister Magic" made famous by Grover Washington Jr. 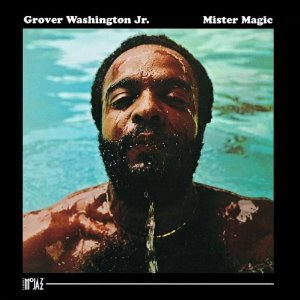 If the evening made one thing clear it was that Ralph MacDonald never forgot his native "Trini" culture and especially its buoyant sounds. He brought the easy sway and earthy vibrancy of those sounds to all the music he he made across all genres. He enriched all of our lives by introducing us to the wealth of this island musical heritage. It is this legacy that endears him not only to his fellow musicians but to anyone who has or will ever hear his music.