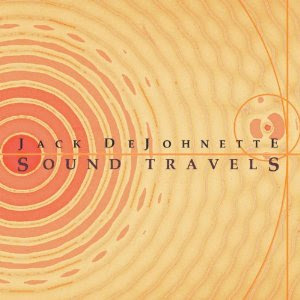 As virtuoso drummer Jack DeJohnette approaches his seventieth birthday-he will turn seventy on August 9th of this year- he can look back at an extensive body of work that speaks for itself. Interestingly he started out as a pianist, only later to be convinced by the saxophonist Eddie Harris to concentrate on drums, because as Harris said he had a natural affinity for the skins. Perhaps it is his understanding of the piano that is the basis for his long time collaboration with pianist Keith Jarrett and bassist Gary Peacock in one of the most durable and influential piano trios of the last nearly thirty years. As DeJohnette recently said in a Wall Street Journal interview with Larry Blumenthal (click here to view ) "Keith and I clicked instantly," he said. " We never had to discuss anything, not to this day."

DeJohnette was recently honored with the NEA Jazz Masters award which is the nation’s highest honor in jazz. With such achievements the man can afford to make music his way and on Sound Travels he does precisely that. From the beginning track “ Enter Here” he comes full circle playing a marvelously light introduction on unaccompanied acoustic piano with a resonating bell’s lingering chime book ending the delicate piece. Mr. DeJohnette finds his piano voice on several of the album’s compositions as he demonstrates the “oneness” of piano and drums.

He enlists the young bassist phenom Esperanza Spalding to add her lilting voice to the Latin inspired composition “ Salsa for Luisito” where he and percussionist Luisito Quintero parry and play together in joyous rhythmic synchronicity. The fiery young trumpeter Ambrose Akinmusire brings his formidable chops to this Latin feast with a sound that let’s us know he has listened to Dizzy Gillespie, Mario Bauza and Arturo Sandoval. DeJohnette again ends the piece with some overdubbed piano.

Perhaps the biggest surprise of the album is Mr. DeJohnette’s collaborative composition with the more mainstream pianist/ singer Bruce Hornsby. The gritty “Dirty Ground,” while clearly not mainstream jazz, is a pure musical joy. Hornsby’s down home country vocal adds a feel-good spirit to the Levon Helm inspired song. DeJohnette again takes on the dual role of playing piano with maintaining groove inspired drumming. He employs considerably younger artists from various backgrounds throughout the album. Besides the previously mentioned Spalding on bass, Akinmusire on trumpet and Quintero on percussion, on this song we find the West African, Lionel Loueke playing an impressively authentic delta blues style guitar that is perfectly complimented by the weightless soprano sound of Tim Ries. I applaude Mr. DeJohnette for unabashedly recording a song that could easily crossover to a wider audience without concern for offending the purists.

Speaking of purists “New Muse” should satisfy them quickly enough. With a front line of Mr. Akinmusire on trumpet and Mr. Ries on soprano, a solid bass line by Ms. Spalding and the propulsion of Mr. DeJohnette’s drums and piano comping, this one should fit any purest’s requirements. Mr.Ries is particularly slithery on soprano in a snake charmer sort of way. Mr. Akinmusire continues to show his penchant for unusual melodic lines that despite confounding direction are perfectly relevant.

“Sounds Travel” is a short rhythmically driven vamp that has a West African vibe provided by Mr. Loueke’s nylon strings, Mr. Quintero’s congas and Mr. DeJohnette’s piano and cymbals all working in time to create a tap your feet beat.


The singer Bobby McFerrin is featured on this version of Mr. DeJohnette’s ”Oneness,” first heard on his Gateway Homecoming album with John Abercrombie and Dave Holland from 1995. 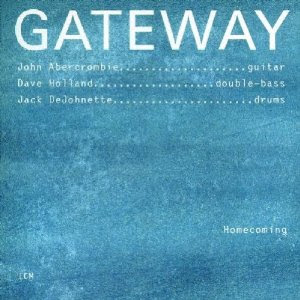 Mr. DeJohnette’s ruminative piano is followed in sync by Mr. McFerrin’s amazingly expressive voice and seems to pay homage to Brazilian vocalist Milton Nasciemento’s haunting vocals from his work with Wayne Shorter on the seminal Native Dancer without plagiarizing him. The two virtuosos pull off a masterful duet by any measure.

“Indigo Landscapes” features the young and talented pianist Jason Moran. Interestingly it is the only song on the album where DeJohnette relinquishes the piano chair. Moran’s piano solo cascades in beautifully undulating waves of sound. Spalding’s pliant bass lines are pleasantly out front and Tim Ries tenor is full throated, warm and caressingly sensual. DeJohnette, freed from piano duties, creates a sustained syncopated beat that drives the tune pleasantly forward and is complimented nicely by Quintero’s congas. The interplay at the coda is quite impressive between Spalding, Ries and Moran.

The ending piece is another piano solo titled simply “Home.” The song leaves the impression of a peaceful sense of comfort and belonging that only comes from one's home. It identifies a man who is content with his music and has come full circle. While the album is not obviously thematic it should be relished for the diversity and its musical breadth.