The Artistry of Billy Childs on "Rebirth" 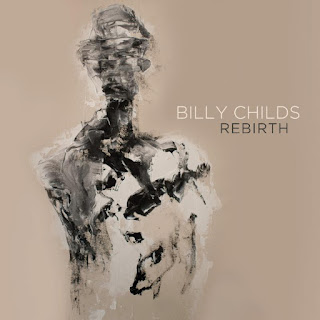 By now it’s evident that the pianist/arranger/composer Billy Childs can compose gorgeous music. Just listen some of his past repertoire."Into the Light " the 2006 Grammy winner for Best Instrumental Composition. “The Path Among the Trees,” a cinematically beautiful composition and the 2011 Grammy Award winner for Best Instrumental Composition. His poignant work with vocalists like Dianne Reeves on the Grammy winning album The Calling: Celebrating Sarah Vaughn from 2000 or more recently with Renee Fleming on another Grammy award winner, re imagining Laura Nyro’s composition “New York Tendaberry” in 2015.

With his luscious orchestrations, and his inherent ability to find beauty in whatever he composes, some have labelled him as a “Third Stream” artist-a term coined in a 1957 speech by jazz composer/arranger Gunther Schuller to describe the skillful combination of elements of classical music with the improvisational aspects of jazz. But Childs is more than an accomplished symphonic composer. His history includes playing his share of hard-bop piano alongside some of jazz’s great masters. His youthful experiences touring with the great trombonist J.J. Johnson and subsequently as a member of the iconic trumpeter Freddie Hubbard’s band made their indelible mark on his musical soul.

With the release of his latest recording, aptly titled Rebirth, Childs has renewed his love of the kind of group interplay that was the hallmark of those early Johnson and Hubbard groups. But this music is pure Childs, and it incorporates the orchestral feel of his own musical identity. Of the eight pieces of music on this recording, five are Childs originals. The title song is a Childs collaboration with vocalist Claudia Acuna, who also sings on it, and the remaining two songs are thoughtful rearrangements of Michel Legrand’s “Windmills of Your Mind” and Horace Silver’s seminal “Peace.”

For this recording Childs enlisted a group of musicians who are at the cutting edge of today’s contemporary jazz scene Steve Wilson on alto and soprano saxophones, Hans Glawischnig on acoustic bass and Eric Harland on drums make up the core group. The singers Claudia Acuna and Alicia Olatula, as well as trombonist Ido Meshulam and percussionist Rogerio Boccato are also featured on the album.

The songs, for the most part, dense, very conversational constructions that sing with lyricism and swim in the waters of syncopated rhythmic patterns that encourage magical interplay. The opener “Backwards Bop,” a cooking swinger that just surges with energy, features Glawischnig’s pulsing bass, Childs perceptive piano, some searing alto by Wilson and explosive drum work by Harland. The same roiling intensity, can be heard on the rapid-fire changes of “Dance of Shiva,” Harland often pushing with his relentless fusillade of sounds and Childs’ using stabbing piano lines that fire like the report of an automatic weapon.
“Rebirth” is a soaring piece of music. Child’s and co-writer Acuna have clearly found inspiration in the work that Chick Corea did with vocalist Flora Purim on Light as A Feather. Child’s piano stylings have a lusciousness that are all his own. Acuna- as fluid a voice as there is in jazz today- has an amazing instrument, using her impressive ability to rapidly modulate through complex passages while still eliciting great feeling. The entire group plays with great cohesion and synchronicity, whipping the song into a climactic frenzy. Wilson’s soprano and alto saxophones dance with grace and meaning. The music is topped off by a rousing trombone solo by Ido Meshulam and some crashing cymbals by Harland at the coda.

On the yearning “Stay,” Alicia Olatuja’s haunting voice creates a sense of poignant eagerness. The vocalist modulates the lyrics in some unusual and sometimes unsettling ways as Childs and his trio play with sparse sensitivity.

The piano concerto-like sound of Childs on his moving “Tightrope” is enhanced by a beautifully realized bass solo by Glawischnig.

Childs’ brief pianistic intro on “The Starry Night,” is a scintillating taste of what is to come. When the band enters, Wilson’s airy soprano is out front and flying. Listen closely as each band member brilliantly match the complex lines in precise synchronicity, Glawischnig’s bass, Wilson’s soprano, Harland’s dancing drums, all led down the path constructed by the magic of their leader. Childs strong use of chording and fluid filigreed runs are brilliantly orchestrated and expertly executed. Wilson’s soprano work floats weightlessly above the music like a bilious cloud.

On Michel Legrand’s “Windmills of Your Mind,” Wilson is featured on alto, and although he does an admirable job with Childs’ much more contemporary arrangement, I can’t help but to go back to the great Phil Woods captivating performance of this song with Legrand’s own orchestra on the album “Images” from 1975 as my personal choice.

In these times of turmoil what better anthem to resurrect than Horace Silver’s “Peace.” Childs opens the song with a piano intro that leads to a brief but beautiful alto statement of the melody by Wilson. Childs follows with his own piano solo, adroitly sensitive and emotionally brimming. Wilson returns with a very Desmond-esque sound and the two end this beautiful conversation in sublime unity.