January 2, 2010, New York, NY
Joe’s Pub is a lower east side jazz venue that has more of the feel of a theatrical venue then a jazz club. As you make your way into the performance space, with its high ceilings and multiple levels, you are ushered past the waitress station and can go either left toward the stage or right toward the elevated bar and lounge area. There is occasionally the sonic and vibratory presence of the subway that runs under the building, at times creating an uninvited rumble during the performances.

Tessa Souter is a tall, slender, elegant, sultry looking vocalist who has a pleasant countenance. She engages her audience with playful banter and a genuine smile.
On this occasion, her long strapless lame gown, her tightly coiffed hair and the pendulous earrings that dangled from her ears in elegant style accentuated her refined look.

Steeped in her British and Trinidadian heritage, she has a voice that is both a little proper and a little playful in a beguiling way. It has a warmed honey texture that is in the contralto range rarely stretching too far a field from her comfort zone. Her wording is precise and she uses no vocal gimmickry. Ms. Souter is most emotive when languishing in the lyrics of the sensitive songs from her repertoire, which she generally chooses with great care. She accentuates the mood she builds with a deft use of gentle pauses and well-timed refrains.

On this evening she was joined by Jason Ennis on acoustic guitar, Maryanne Sweeney on acoustic bass, Connor Meehan on drums and Victor Prieto on accordion. The one set show started with the Alex North composition “Love Theme from Spartacus”, made famous by the inimitable Bill Evans on his CConversations with Myself 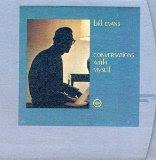 Ms. Souter soulfully rendered this delicate jewel in an economical fashion, accompanied only by Ennis’s acoustic guitar and Sweeney’s arco bass. Less can sometimes be more.

On the Mongo Santamaria/Wayne Shorter montage “Afro Blue/Footprints”, Souter chose the rhythmic patterns of these songs, added her own inherent Caribbean sensibilities with her brooding vocal and created a uniquely moving hybrid. The highlight of the evening came with Ms. Souter’s rendition of Milton Nascimento’s soaring “Empty Faces” (Vera Cruz), which brought to mind the energetic 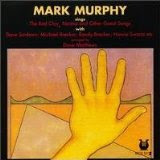 and stylistic Mark Murphy’s rendition. Ms. Souter, while not as adventurous a vocalist as Mr. Murphy (with whom she has studied), showed a genuine affinity for the lyrics and rhythmic intensity of the song and delivered both brilliantly. She was equally impressive on her moving Obsession

from her latest album of the same name. Ms Souter’s sensuality eliciting the anguish that only comes from someone who has lived through an all-encompassing love interest. Victor Prieto added an immeasurable poignancy to this music with a stirring and modulating solo on accordion that evoked a Tango Nuevo influence. 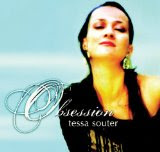 A quirky rework of the Lennon & McCartney composition “Eleanor Rigby” featured an exaggeratedly expressive vocal by Souter, as Ennis, Sweeney, Meehan kept the beat and Prieto went in and out with modulating accordion accents. “Avec le Temps” and the overdone Leonard Cohen’s “Send in the Clowns” were less thrilling. I was struck by how measured Ms. Souter was in her delivery. Having these wonderfully provocative bare shoulders on display, I was disappointed that she didn’t use them to accentuate the musical content in the classic chanteuse style.

On her self-penned “You Don’t Have to Believe Me” from her latest album, Ms. Souter returned to music that she does best. This time, with an exotic Middle Eastern flavor, supported by repeating the bass lines of Sweeney, an oud-like guitar solo by Ennis and a staccato treatment of percussion by Meehan, Souter shined. You could really see her being taken away by the snake charming rhythm of the music. Her voice modulated with vibrant harmonic utterances creating a hypnotic trance. Ms. Souter’s pure immersion with the music made all the difference in the world and the audience responded accordingly.

Ms. Souter rendition of the Miles Davis/Bill Evans “Blue In Green” fell short for me. Ivan Lins beautifully sensitive “The Island”, a seemingly perfect vehicle for Ms Souter’s evocative voice, disappointingly lacked the emotional depth of delivery that the song requires. Jason Ennis’s unusual Brazilian arrangement of the Jack Bruce rock classic “White Room” was a crowd pleaser. This type of re-working of a classic popular song does not seem to showcase Ms. Souter’s real appeal. Thankfully,on her final song of the set, Ms. Souter returned to her own material This time the chant-like “Usha’s Wedding” which she sang with a spiritual demeanor that evoked scenes of a sacred Native American ceremony, reaffirmed her affinity to the rhythms and music that she channels through her Caribbean roots. A legacy that embraces a myriad of ethnic influences and is a stronger influence on her than her more staid English heritage.