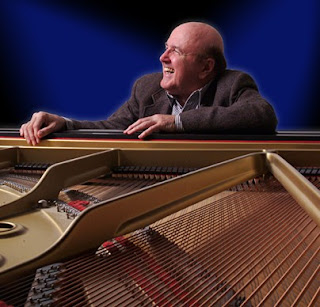 Pianist Jack Reilly has been teaching, composing, playing and analyzing music for the better part of sixty years. He has been a student of both western classical music and the modern jazz tradition, having studied at times with iconoclasts like George Russell, Lennie Tristano and Hall Overton. He has been a respected member of the faculties of Berklee, Mannes, New England Conservatory and other musical institutions, and continues to teach privately to advanced students.  Over the years he has released numerous recordings of eclectic and thoughtful music that have garnered considerable attention from the cognoscenti. His most recent releases, the Jack Reilly Trio “Live at Dean Clough Centre”

and his “Innocence: Green Spring Suite” being cases in point. His music is in many ways the embodiment of what Gunther Schuller called "Third Stream", as he has codified the swing and feeling of jazz with the beauty and rigor of western classical music in a seamless, integrated and inspired fashion. 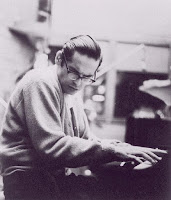 In his in-depth analysis of Bill Evans work, he has attempted to elevate the awareness of musicians, students, musical scholars and the listening public to the true depth of the genius that this “American Chopin” brought to the musical table. Evans, more than perhaps any other twentieth century musician, created a body of work whose nucleus was genetically inherited from a thorough absorption of the western classical tradition, primarily through Debussy, Ravel and Stravinsky. He was able to infuse this core understanding with the jazz influences of Art Tatum, Bud Powell, Charlie Parker and others, mutating the gene he was creating by synthesizing elements of swing, harmonic invention, melodic nuance and rhythmic diversity to create his own singular brand of musical expression. Reilly has, through his own careful and studied analysis, recognized this genius. He has methodically deconstructed some of Evan’s most challenging compositions and details the deceptively cunning rationale and inventiveness behind Bill Evan's work. 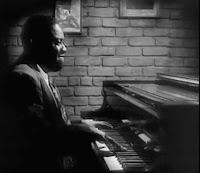 I first interviewed Jack in 2008 for All About Jazz and a reprint of this interview ( click here to see whole interview) is included in this latest book. With the release of this new book “The Harmony of Bill Evans”  Vol 2

I thought it was time to revisit

Jack.
RAM:  Jack, your first volume on Bill Evans came out in 1992 and now this second Volume

“The Harmony of Bill Evans”

was just published by Hal Leonard this month.  It seems like you have made a life’s quest out of studying Bill, secondary only to your own composition and performance. What drives you to study this man’s work in such intricate detail?
J.R. I resonate to his sound, style and compositions. He "speaks" directly from his SOUL; nothing gets in the way of his message of beauty. I love Brubeck and Tristano as well, but Evans inspired me to study, study, study just as hard as he did.
RAM: You’ve called him America’s Chopin, which to some people in the classical world is considered heresy. What makes this comparison credible for you?
J.R. Chopin was a pianist/composer strictly for the piano. Bill was the 20th century mirror image of Chopin.
RAM : In your first book you bring to attention the under appreciated art form of re-harmonizing on a standard song. You stated that re-harmonizing a song requires that you choose a better chord than the composer chose, which you call quite a responsibility.How was Bill able to walk this tight rope so successfully without destroying the original beauty of the composer’s work?
J.R.: Because he was a composer himself and I believe only a composer is allowed to re harmonize a song and make it right and better than the original. Many are called but few are chosen.
R.A.M.: What attracted Bill to re-harmonize a particular song like Berlin’s “How Deep is the Ocean” or Styne’s “ I Fall in Love Too Easily”, two song's you deconstruct in Volume 1?
J.R.: The melodies of these songs suggested other chords to Bill. And besides, Bill was aware of all Key relationships and modulations possible in these songs. (see the theory chapters in my Volume 2 "The Harmony of Bill Evans")


R.A.M.:  As a performer Bill would play many of the same songs from his repertoire repeatedly. Didn’t he often change the way he played a particular song, improvise upon his own compositions as it were, over the years depending on his mood or which rhythm section he was playing with?
J.R. : No.  He set the arrangements 'in stone", as if he was the composer, but allowed the "moment" to improvise variations. The rhythm section DID NOT influence his playing one iota. Bill influenced their playing 200%.
R.A.M.: What makes one rendition of “Peri’s Scope” or “Waltz for Debby” more complete or satisfying than another?
J.R.: Each one is complete  to my ears.

R.A.M.: : What do you consider Bill Evans crowning compositional achievement?
J.R.: "TIME REMEMBERED"; because there are no active ( dominant ) harmonies in the progression. A miracle of major proportions!  No one has achieved this, no one; no other composer  from the 1600's up to the 1980's. That's magic.
R.A.M.:  My personal favorite composition of Bill’s is “Blue in Green” which to me is a jazz classic of the highest order. Even though it is often credited to Miles Davis it is fairly well established that Bill Evans wrote this haunting song. I once asked you what makes a song like "Blue in Green" so special that it endures forever and becomes a classic that inspires other people to play it for generations? Care to finally give me an answer?
J.R.: This is another miracle because the piece never ends; there is no final cadence, (definite ending). It just keeps going around and around and around and.........! When it stops it never sounds like it should; That's the way Bill wanted it to sound. Miles could never have conceived this and I love Miles. He stole Chuck Wayne's song "SONNY" and re named it SOLAR!!!!!!!!!

J.R.: Because there would be no performers without a composition to play. If the composition isn't played it doesn't exist!
R.A.M.: You place composition above improvisation as the higher of the two art forms. You talk about the need for the artist to sit with his instrument and after hour upon hour of practice or playing he must trust that he or she will somehow be able to tap a deeper level of creativity. A level that, when mastered, will engulf one like a light during a performance and allow one to achieve what amounts to a spiritual awakening. You like to call reaching this level magic.  Many musicians say that sometimes through spontaneous improvisation they can channel to a higher enlightenment or as some would liken it to a vast reservoir of spiritual energy. Doesn't acheiving that magic either through composition or improvisation put the two forms on equal footing?
J.R.: I can't define or explain "magic" other than to say it's possible in all of us. 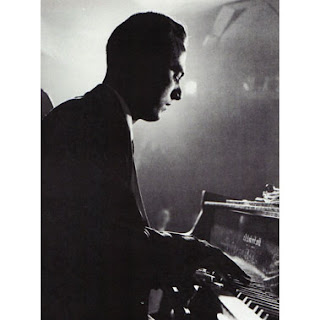 R.A.M: Others have had this magic. Charlie Parker, John Coltrane, Art Tatum, your former teacher Lennie Tristano. Why single out Bill for such in depth analysis and discovery of his particular magic?
J.R. : He (Bill) had more "magic" for me.
R.A.M.: Isn’t it enough for all but the most academic to enjoy the beauty and sensitivity of his playing without deconstructing his every note and passage to see how and why he might have used the techniques that he did? Ultimately isn’t it about a sound that moves us?
J.R.: I enjoy deconstructung every note and phrase in order to understand and hear how and why Bill  used the melodies/harmonies/rhythm the way he did. It always seemed "right" to my ears, and sense of balance. And this never, never detracted nor  disturb me from enjoying the beauty of his art for it's own sake.
R.A.M.:  Do you feel that you have achieved “magic” in your own compositions and performances and how has studying Evans work made your work more magical?
J.R.: It takes one to know one; (a magician to know a magician). All my compositions are magic. However , I take no credit for them . My Father, (the "ONE"  who birthed me),  has created them. I am the "messenger". I learned all about composition from the Masters.  My performances rarely have magic. That's why I still practice 4-6 hours daily!

are invaluable tools for the pianist who wants to better understand the techniques behind Bill Evans playing and composition. Listening to Jack on any one of his several fine albums is also a treat for any lover of piano jazz. The books are available on Amazon or through Hal Leonard Publishing Vol 1 (HL-00699405) and Vol 2 (HL-00311828) at www.halleonard.com or visit Jack’s website at www.jackreillyjazz.com
Posted by Ralph A. Miriello at 1:01 PM