As the year draws to a close I am compelled to mention some of the other fine music that I have heard this past year. Following on the heels of my top five piano based jazz cd's, the following selections each have provided their own special magic for me. As I previously explained these selections are only taken from what I have heard and so my apologies to the artists whose great works I simply didn't have the chance to review this year.

In no particular order: My five top Saxophone based jazz cd's of 2009

This album plays like an extended musical suite. Binney shows his creative talents as a noteworthy composer. His powerful and emotional alto saxophone continues to be a modern and distinctive voice that stands out amongst his peers. Colley and Taborn anchor the proceedings, allowing Blade the opportunity to weave his percussive magic.The effective use of brass adds a dimension to this music that brings it into the realm of orchestrated jazz with a bite. Listen to Binney and Blade skillfully building the tension on Squares and Palaces.Binney has presented an artful offering with promises of more to come. 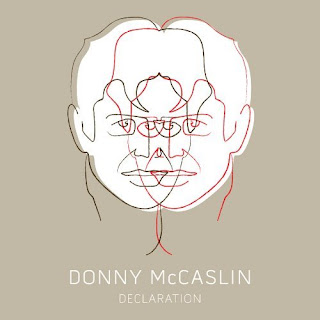 Donny McCaslin has been one of a new breed of tenor saxophonists that have taken up the mantle left by the late Michael Brecker. He has been an integral sideman for many of today's most creative bands and now is bursting into his own as a formidable solo artist. He possesses a fiery delivery that is not just bluster but a true extension of his inner burning flame. With Declaration he has made a brilliant, swinging and at times inspiring record of unusual beauty, passion and warmth. 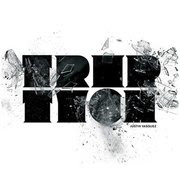 As a debut album, Triptych, is simply way above anything else I have heard from a new artist. Young Vasquez shows some real moxie on this creative, intelligent and enjoyable maiden voyage. He utilizes the voices of his various musicians very effectively. Vasquez is joined by a stellar group of musicians who organically weave his compositions into beautiful and coherent pieces of music. Special note to Adam Rodgers' wonderful guitar work on Nimbus. Gretchen Parlatto's haunting vocals on Triptych and Aaron Parks' sympathetic work throughout. An artist that we should be looking to for great things to come in the future.

From the start of this album, with his playful but robust rendition of Secret Love you know you're in for a treat by a master. Moody's smooth, full toned saxophone is a pleasure to behold. He easily breathes refreshing ideas into old standards like 'Round Midnight, Stella by Starlight and East of the Sun making it obvious that he still has something to say in his inimitably joyful way. Moody is joined by the masterful Kenny Barron on piano and the fine rhythm section of Todd Coolman and Lewis Nash. These guy know and respect the tradition and it shows. At age eighty-four Moody is the keeper of the flame. Based on his mellifluous playing, (check out his easy swing on Kenny Barron's Voyage) the flame will be burning for quite some time within him. 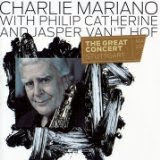 With the passing of the great tenor saxophonist Charlie Mariano this year, the jazz world sadly lost one of it's truly creative voices. With this posthumously released live recording of this wonderful concert, we see the unbridled passion that Mariano could release from his horn at the ripe young age of eighty five! Beautiful to behold. Unfortunately for most American listeners, Mariano made his home in Europe since the early seventies. Many of us were deprived of seeing his penetrating artistry first hand. On this last concert, recorded in Stuttgart,Germany in May of 2009 with the wonderfully empathetic guitar virtuoso Philip Catherine and the pianist Jasper Van't Hof we find Mariano in a most pensive yet powerful mood. His voice is bright, clear and brimming with emotion. An extraordinarily powerful piece of music and a fitting epitaph to a lifetime of fine music.