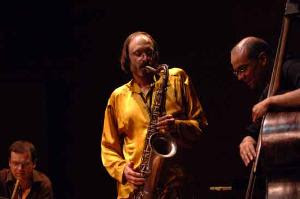 Scott Robinson is an abundantly talented, much in demand multi-instrumentalist whose specialty is woodwinds, but who considers his main instrument the tenor saxophone. Scott has been featured recently in a Wall Street Journal article (click here to link to the article by Will Friedwald ) for his collection of unusual and rare instruments, some seemingly so large they seem to have been made for Giants-all of which he can amazingly play. He was also featured on a post at Doug Ramsey's fine blog Rifftides.

I first heard Scott with the Ron Horton and Tim Horner's Little Big Band where he was a member of a formidable horn section. The band was playing the adventurous  music of pianist Andrew Hill  in an inauspicious Community center in Teaneck , New Jersey,  where Scott resides.  His tenor playing blew me away that afternoon (see my review on All About Jazz of that performance by clicking here) and I was subsequently further impressed when I picked up a copy of his obscure album titled Magic Eye, a real gem

He is a fixture in the outstanding Maria Schneider Orchestra where he played Baritone saxophone, clarinet and bass clarinet on her 2007 Grammy Nominated album Sky Blue. He is a working as a member of both the Mingus Big Band and the Mingus Orchestra as well as many other varied projects.He has started his own production company aptly titled ScienSonic and he has been nominated several times in the category " player of  instruments are in jazz" in the yearly Jazz Journalist Association Awards.

,  describing it as an example of "...well played, accessible modern jazz." , I was both pleased and  surprised to receive a comment from Scott which politely took me to task for being imprecise in my characterization. Scott has his own, very specific ideas of precisely what is and is not accessible jazz. His contention is that by using the word "accessible" to describe this music-music having the potential for a broader mass audience appeal- it creates the illusion that somehow more "adventurous or experimental music" -music to which Scott has a great affinity- is somehow less accessible or even worse "inaccessible", a notion with which he takes umbrage. With Scott's permission I have posted our back and forth correspondence on this with the thought that it might stimulate some further discussion. Suffice it to say he makes a cogent argument, one that I thought would be of interest to all.


Scott's Comment to me:  July 26. 2010
"Nicely done...
Gotta say, though, I've come to hate that term "accessible". It's really a way of putting down other music, deemed "inaccessible", as if it is somehow just impossibly removed from anyone's reach. The idea that adventurous music is somehow "inaccessible" is a myth in my view.
Here's what I say in my Statement of Purpose for my ScienSonic label:


ScienSonic Laboratories was founded on the idea that creative and challenging music is not for an elite few with some special knowledge, training or insight, but for anyone. No prior experience, Ph.D., or decoder ring are required for the adventurous and open-minded listener to experience and enjoy this music. It need not be “understood” or “figured out”, but rather is designed to be experienced, and for this reason we have created the term “experiential music” to describe our efforts.
We further contend that science has a place in music and vice versa, and that the two disciplines often share similar aims and methods. We are interested in the application of scientific methodologies to creative music-making, as well as the examination of scientific materials from an aesthetic perspective. Many of our projects at ScienSonic Laboratories will explore these aesthetic interrelationships between science and sound – hence our name.
We reject the oft-repeated notion that music must come from either “head” or “heart”, as if these could somehow be separated, and that a great chasm yawns between the “intellectual” and the “emotional” in art. We contend that, throughout history, the great scientists, thinkers, and mathematicians have been deeply passionate, even mystical, people. There is no dry intellectualism in the work of Pythagoras, Tycho or Euler, any more than in the work of poets, artists or musicians. Many great scientists have, in fact, been musicians or artists themselves. Einstein (himself an amateur violinist) stated that “imagination is more important than knowledge”. We agree! Indeed, imagination and creativity are key to achieving great things in the sciences, just as they are in the arts... and imagination will always be the guiding force here at ScienSonic Laboratories.
The great composer Gustav Mahler once famously remarked that “a symphony must contain a world”, and it is in that spirit that we offer these “Worlds of Tomorrow through Sound”... worlds that we hope will be welcoming, as well as challenging, to the creative listener. 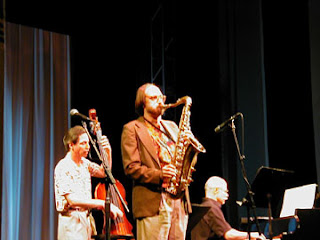 
My Comment to Scott: July 26, 2010
Scott:
Thanks for the thoughtful response. I guess I have to choose my words more carefully but I do believe what I was trying to say was true. I also believe in what your Statement of purpose lays out (very well said I might add). but here is the rub: I was looking at a DVD of Bill Evans last concerts in Oslo where he was interviewed at the end of the DVD ( I am not sure if you have ever seen it but if you haven't his last group with Johnson and LaBarbera did an amazing take on Nardis that just blew me away!) After the concert he was interviewed and asked about the young jazz audiences in Oslo. He said something that I feel is very true. He said that the jazz audiences everywhere will be maybe at most 15% of the listening audience. He felt that most people would like to be banged over the head with the music ( most popular music seems to fill that bill). In his mind only a very few percent would actually want to be ( and here is the key word in my mind)  engaged in the music as a vital participant where they would have to put some amount of effort in to it to get out what was really happening.That doesn't mean it is outside of their reach, as you say, but it does require some active participation for the communication to be fully realized. Some experimental music requires a greater degree of engagement. Most music is best portrayed live than on recording because the audience gets to see the artist create and better appreciates the depth of their achievement.

I was certainly not making a negative judgment about experimental or adventurous music but clearly these forms do require more of a commitment on the listeners part don't they?

Dave's music is certainly not too adventurous but I believe he will appeal to a wider audience than say Cecil Taylor or Pharaoh Sanders. That was my only point.

Thanks for the input. 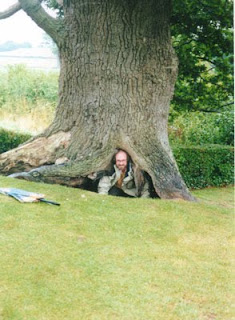 I totally agree that far fewer listeners will continue to be drawn to jazz or other creative musics, which do tend to reward listener involvement and creativity, than to more passive types of musical experiences, and I long ago came to be comfortable with the minority status of what I produce. That is why, in the Statement of Purpose, I said that "creative and challenging music is not for an elite few with some special knowledge, training or insight, but for anyone"... rather than everyone. This music is not for everyone, and that's fine. But it does welcome anyone, anyone who chooses to take a creative stance as a listener and see if they can get with it. So, the door is wide open. Some will come in and some won't... but to deem such music inaccesible is, in my view, unfairly blaming the music which is something that I always hate to see happen.
What you are really talking about seems to be popularity... how many people will come into that room (your "wider audience"). Adventurous music may be one of the less-travelled rooms of the house, but if the door is open and unlocked then it's no more inaccessible than the more-frequented rooms.
Just my opinion. Thanks for letting me kick it around with you! Feel free to post if you'd like.


Well said. Thank you  Scott for your "Clarity" on this.

If you want to catch Scott live he  will be  playing with Composer John Zorn at the Stone  Avenue C and 2nd Street in NYC Tonight. o Out and Support "Live" Jazz.