A Quest for Identity : Review of Sam Newsome's "Blue Soliloquy"

Few artists have created a piece of solo music that could be used as a virtual study guide of the possibilities on the instrument, as Sam Newsome has with the soprano saxophone on his “Blue Soliloquy”

. This is more than an exercise in accomplished technique; it is a search for individuality of expression with the culmination of that search being discovered identity. After touring the world with the Terrence Blanchard Quintet in the early nineties, Newsome took the daring step of abandoning his then dominant instrument the tenor saxophone. Newsome felt unrealized, burdened by the history of the many great players that came before him on the tenor. His solution was to take up the difficult and less celebrated soprano saxophone. In 1996, with renewed vigor and an eye on carving out his own place on this instrument, he made the switch to soprano. For several years he explored the nuances of non-Western music with influences absorbed from the Middle East, North Africa and Japan, predominantly while working with his aptly named band “Global Unity”. 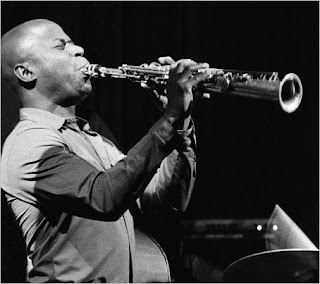 Mr.Newsome uses the blues idiom to demonstrate the expansive musical palette he has mastered on the soprano saxophone. Using atonality, multi-phonics, circular breathing and sophisticated “pitched slap tonguing” techniques Mr. Newsome has created a virtual sonic tour of the possibilities that can be had on this exotic sounding instrument. 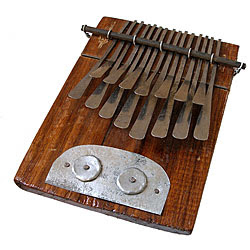 This is a daring album that exposes the artist to careful scrutiny of his technique all without the aid of accompaniment. It is a rousing success. Mr. Newsome gives a studied explanation of each of his sonic explorations in the liner notes, which helps the uninitiated understand what he is trying to achieve. The breadth of his accomplishments is impressive. Made up of fifteen songs, only one of which is a cover (the last song “Blue Monk”), Mr. Newsome incorporates his non-western musical influences on such songs as “Blue Bejing”, “Bansuri Blues” or “Blue Bamboo” to magical ends. His work with Tuvan throat singers of Siberia was the inspiration for the multi-pitched work on “Throat-singing Blues”. The traditional call and response of Gospel is the influence behind “Blue Pulpit”. The drone sound of sustained eastern religious chanting seems the basis for his “Blue Hum of the Holy Breath”. He mimics the sounds of the African thumb piano (the mbira) by his use of pitched slap-tonguing” on “Blue Mbira”. Throughout the recording he explores nuances within and outside of the twelve bar blues form.

While clearly not a recording that is designed to purely entertain, “Blue Soliloquy”

is an important statement of resolve by an artist who has embraced his instrument and made it an inseparable part of his being. Newsome has single handedly expanded the horizons of soprano saxophone placing him in the pantheon of important players on this instrument. It will be interesting to see how he incorporates his hard worked virtuosity and global influences into more traditional musical offerings that can reach a wider, less esoteric audience