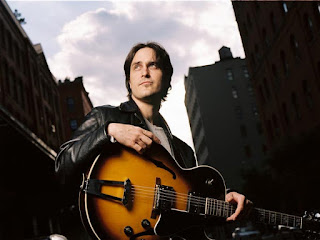 From the explosively pulsating opening number “Twenty-One” you get your first taste of the truly, tight and creative tour-de-force of a band  that guitarist Jonathan Kreisberg has assembled for this fine date. The chicane like changes that he employs on this dynamic piece of music are impressively negotiated by Kreisberg’s lithe guitar lines and Will Vinson’s scalpel-like saxophone chops. 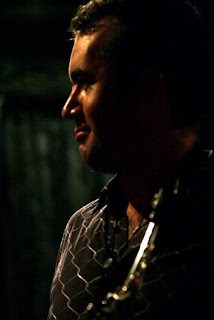 On the frenetic “Stir the Stars” drummer
Mark Ferber shows he is no stranger to odd time signatures, as he and bassist Matt Penman put this machine into overdrive. Kreisberg switches from his traditional guitar sound to a synthesized one, that while borrowed from the fusion era, has its own distinctively contemporary sound. 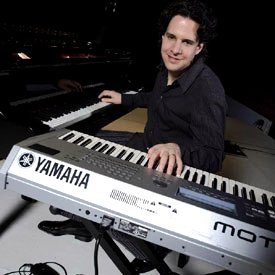 On the title track "Shadowless” Kreisberg shows off his melodic side with a beautiful duet with pianist Henry Hey, whose keyboard intonation and attack is classical in its approach. Kreisberg composes and plays with great emotional appeal, using  his formidable technique to fill his music with unexpected surprises.
Speaking of unexpected, Kreiberg’s  take on the traditional Greek melody  “Zembekiko” is the perfect marriage of traditional ethnic folk music with contemporary, straight ahead jazz. Matt Penman’s bass lines are particularly probing behind Kreisberg’s exploratory solo. Will Vinson’s swinging interplay with Henry Hey on the double timed break is particularly impressive. Kreisberg, for his part, makes his synthesized guitar sing like a Greek bouzouki player at a festive celebration. When Vinson chimes in with his slightly klezmer sounding saxophone lines, you can just see the celebrants eating the baklava and dancing with joyful abandon. Kreiberg is impressively adept at switching his guitar sounds seamlessly within a song to produce the desired effect.

On the pensive “Long, Like A Mercury Day”, the sensitive interplay between Vinson’s soulful saxophone and Kreisberg’s volume controlled guitar lines is a delight. Ferber utilizes his brushes to perfection behind Kreisberg’s most traditional of guitar solos.
“The Common Climb” features climbing guitar chords behind Ferber’s marching traps. Vinson and Kriesberg follow each other in a synchronous duet that eventually leads to a synthesized guitar solo with a sound that is my least favorite on the album. The song builds in intensity pushed along by Penman and Ferber as the strange guitar sound cries on.
After reigning himself in from his experiments on the last tune, Kreisberg settles into the impressionistic little gem “Defying Gravity”. The shimmering cymbals of Ferber, the glissando lines of Hey, Vinson’s long, lingering saxophone voicing and Kreisberg’s decaying guitar sounds give the suspended listener a sense of floating on air. 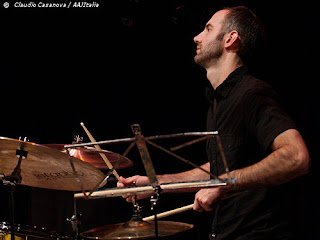 The only standard on the album is Kreisberg’s slightly skewed take on
“Nice Work if You Can Get It”. Kreisberg alternates between Penman’s bass lines and then takes off in a double time romp with Penman and Ferber in a wonderfully communicative trio setting that allows both Penman and Ferber some solo time. It is the fine intuitive interplay that is most impressive on this song.
Jonathan Kresiberg is a fusion-influenced guitarist who has an excellent melodic sense, formidable chops and easily extends the voice of his instrument with his creative use of electronics.