Can Critics Play Jazz? Review of “A Boys Journey” The Peter Hum Quintet

Peter Hum is well known jazz critic and a mainstay of the Canadian jazz community. His reporting and thoughtful reviews have graced the pages of the Ottawa Citizen since 1990 and his blog http://communities.canada.com/ottawacitizen/blogs/jazzblog/default.aspx  is a constant source of where to find cogent and insightful reviews on the latest cd releases. So it was with more than passing interest to me when I received a copy of his debut album
“A Boy’s Journey” 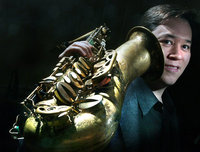 It is an auspicious maiden voyage for Hum, who has crafted some fine straight ahead songs that have merit and are played with grace and passion. My personal favorite is the catchy “Take The High Road” with its fine dual horn front line of tenor man Kenji Omae
and the alto saxophone of
Nathan Cepelinski. The two demonstrate that Canada has no shortage of vibrant new voices on horn. Ceplinski is particularly melodic and fluent. Hum, for his part, is a reluctant soloist playing back seat on this and most of the other songs on the cd. He seems content to feature his carefully crafted compositions rather than his own piano voice. 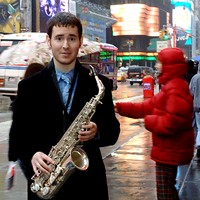 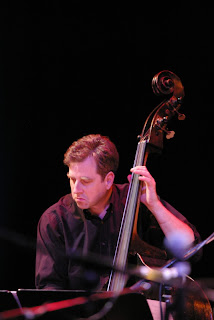 Alec Walkington, no pun intended, and captures the feel of the classic Blue Note front lines, repeating the main theme in tandem. Hum’s piano solo has a Nelson Riddle kind of tinkle to it, with the song reminding me of Riddle's work on Route 66. Omae’s tenor is selective and smooth.
The ruminative “La tendresse, s.v.p. ” is a short ballad that features Hum’s more pensive side.
“Big Lou” is an interesting modern piece with an ostinato bass line that finds Cepelinski on soprano (or is that melodica) and Hum on electric piano. The piece shows promise, but it comes off a little awkward in execution to my ears. Cepelinksi’s foray on soprano starts off light and airy, but then loses me again halfway through his solo. Walkington and drummer Ted Warren carry this one. 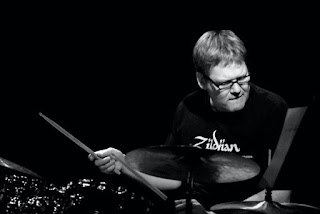 On  “Midway”, Hum’s approach is more classical, playing repeating lines that create the format to allow the two saxophonists space to engage in conversation, as Warren crashes his cymbals behind.
“Sojourner’s Truth” offers a funky electric piano sound that is augmented by the front line horns. Omae’s muscular tenor finds its soul on this one. Cepelinski chooses a more deliberately probing solo on alto, with some nice moments as he explores the psyche of the rhythm.
“C.G.” is another straight ahead bounce that intertwines soprano and tenor  behind Hum’s comping piano lines. Cepelinski’s soprano solo is lithe and liquid. Hum, inspired by his saxman’s solo, is at his most free swinging here. Walkington easily switches from syncopated to walking bass lines and Warren’s crisp drum breaks are clean and sharp.
On the album’s title tune “A Boy’s Journey” Peter Hum is at his most lyrical. The gentle duet interplay between Cepelinski and Hum is perhaps at its most intuitive. Omae’s tenor is restrained and wistful, occasionally breaking into passionate cries. The piece probably best demonstrates Hum’s budding compositional flare.
“Unagi” is driven by a repeating electric piano line, but is mostly a blowing session for Cepelinski’s on alto, Hum’s electric piano solo, Omae’s tenor and eventually a drum solo by Warren.
“Three Wishes” starts off with a metronomic bass that sets the stage before it changes to more of a driving line. Hum sails away on piano as Warren and Walkington push the paces in double time. Cepelinski squeals as Warren bashes his skins into submission before. Omae enters the fray a little unconvincingly. Warren plays a rolling tom solo, accented by shimmering cymbals. The composition wanders a bit before it settles back into its driving groove, eventually ending in a quiet coda.
Peter Hum is an astute critic of the music. His debut album, “ A Boy’s Journey”, while at times uneven, demonstrates that he is on his way to being a creative compositional talent as well.